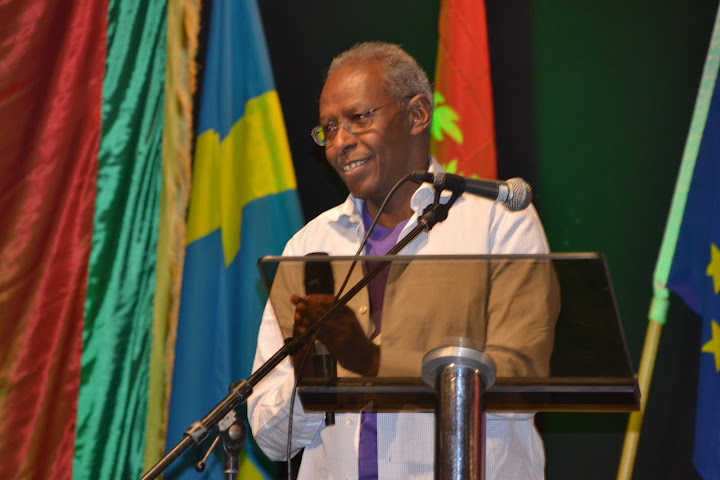 The 8th YPFDJ conference is taking place in Sweden, where seven hundred and fifty delegates, from countries across the word, arrived safely on Thursday the 5th of April 2012.

The conference was officially opened on Friday with a short opening ceremony and speeches by Eden Kebede, chair person of the 8th organizing committee, Tekle Mengstu, Head of Public and Community Affairs, PFDJ and Yonas Manna – Charge’ d’Affaires, Embassy of Eritrea respectively.

The conference is covering three major topics namely ‘strengthening the movement, YPFDJ’, ‘Eritrea’s political development – The Road Ahead’ and  ‘Service in Eritrea’.

On the first day reports and evaluation of the YPFDJ chapters across the world were presented throughout the day, which was further followed by extensive discussion. Furthermore there were also cultural activities, professional networking activity in which platform was created for Eritrean youth in different fields to discuss and network in their respective professions.

The second day started off with one of the main topics of the conference- Eritrea’s political road ahead. Mr. Yemane Gebreab, Head of Political Affairs of PFDJ, gave a seminar on the topic.

After highlighting and defining the perspective of the topic, Mr. Yemane went on to explain the features and criteria  for an effective  political system, and the sources of strengths for a  political system.

After Mr. Yemane concluded his seminar with further and detailed look at Eritrea’s political system with historical, current and future context, question and answer sessions was held and will continue on Sunday.

The evening programs are now underway on skills development, organizational review, and meeting of representatives of PFDJ, HAMADEE, MEKETE and other bodies who are taking part in the conference with the aim to create synergy of all efforts among all bodies.

The conference will continue for the next two days. More report will follow soon.

Tags: BUILDING A SOLID POLITICAL SYSTEM FOR A BRIGHT FUTURE!