Eritrea, a country located in the North Eastern part of Africa, owns a coastline stretched 2,234 km, with 1,151 km of it coming from its mainland and 1,083 km coming from it’s islands on the Red Sea. It’s territorial waters extend between 12° and 18°N and ends at the constriction of Bab el Mandab (‘The Gate of Tears’) and the Gulf of Aden.

Last week, when Jamie and her crew anchored in a restricted area inside Eritrean waters, they have been kicked out by the watchful Eritrean navy. However, it turns out to be a favor because they remoted two miles off the cost and drop the hook on the western part of one of the 354 island – The Sadla Islands.

I followed them on their followtheboat.com website to discover what they have discovered from that mysterious and beautiful small island of Eritrea.

This is Sadla Island, a beautifully desolate volcanic island just off Mersa Dudo, Eritrea. In this podcast we take a trip ashore and start by crossing the isthmus from the west towards the windward side on the east. We’re looking for turtles but we find a bit more than what we bargained for! 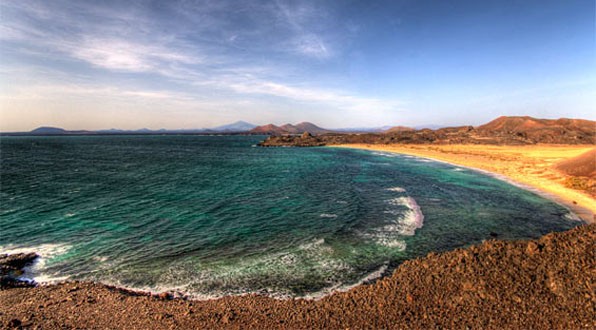 Look at the Beauty, look at the the beach … exceptional

The moment we stepped ashore on Sadla Island our senses were on fire. Liz stopped there and then, staying put to collect incredible shells. If the Cowrie crew are reading this: you would have been in your element! 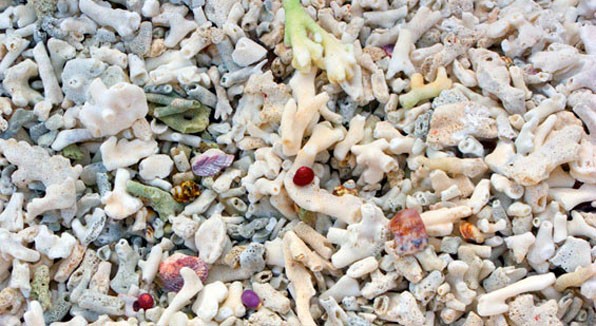 View looking back towards Dudo

The following couple of shots were taken from the dinghy (surprisingly in focus!) as we made our way ashore.  Just look at the colours in that rock! 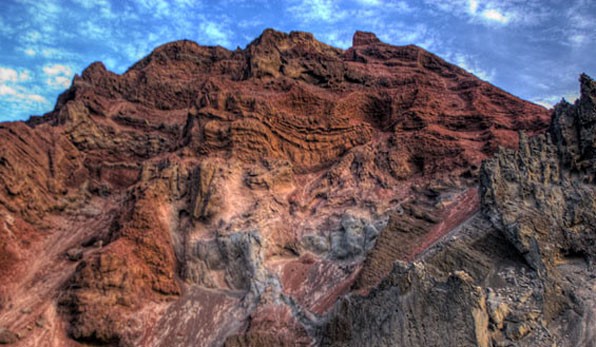 The rest of us, in walking boots with bins and cameras at the ready, marched on and went to inspect the beach on the east. 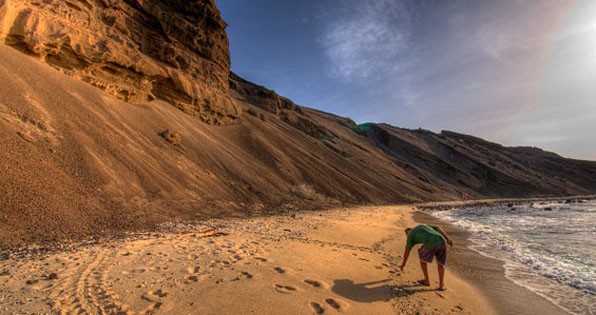 East side of the beach 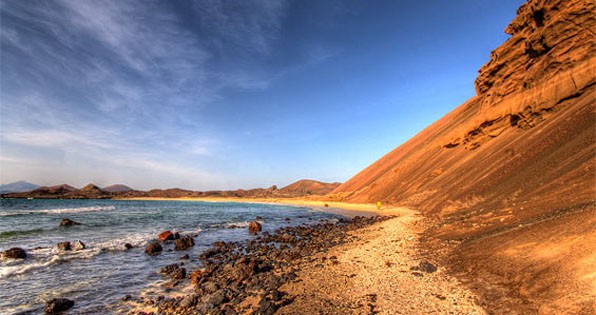 East side of the beach

There in the sand were many turtle tracks, leading either up to a nesting spot, or away from it back to the sea.

Although we didn’t see any nesting turtles that day we did see two mischievous turtles copulating in the shallow water’s edge!

Here’s a shot of the west side of the island. To put the magnitude of the volcano in perspective, look in the centre of the pic: there’s a group of yotties having a picnic! 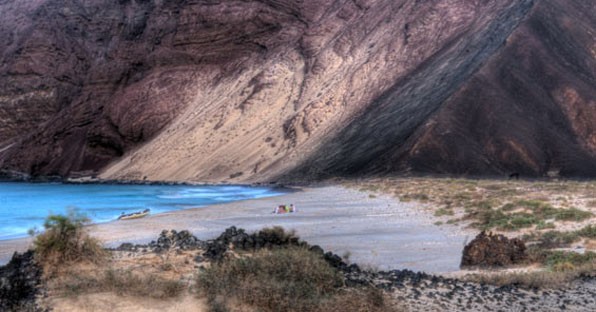 Western side of the Island

Ospreys galore, of course. Ospreys are as common here as sparrows are back in the UK and Sadla Island had a number of nests dotted around the sharp volcanic rock. We climbed up to a few of them and sat next to a disused one. They were enormous and made of some of the strangest objects! 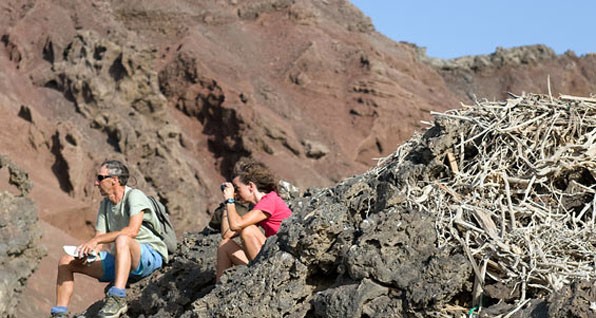 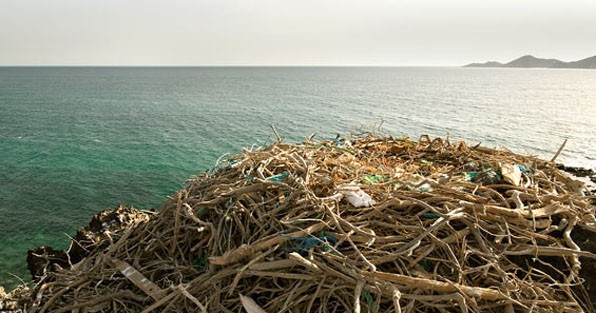 On the southern edge of the eastern shore Tony had spotted some graves. We can only assume that they belonged to fishermen. There were five of them. Tony has reserved the sixth plot. 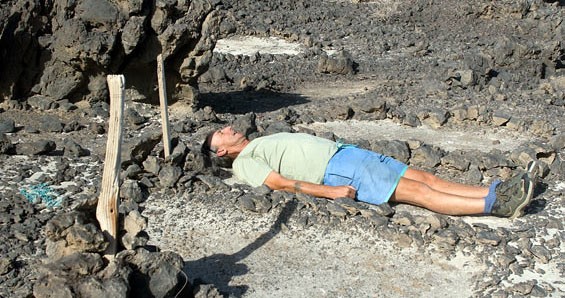 Continuing westerly we traversed the highest peak on the southern side of the island (we’d attempted the north side but it was too dangerous) to get some amazing views of our anchorage, nesting osprey chicks and Dudo. 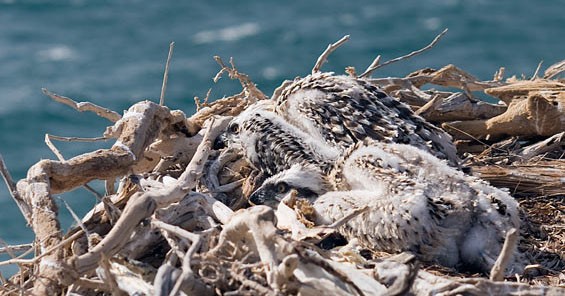 Amazing views of our anchorage, nesting osprey chicks and Dudo 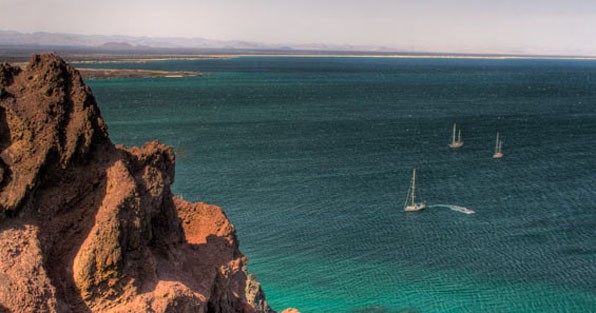 Anchorage from up the cliff

And now for the sunset pictures. These were actually taken on the first night at anchor here but I’ve saved the best till last. I took so many I’m unsure which ones to keep in and which ones to bin, so I’ll post a few up to keep everyone happy. Whenever I look at these shots I am reminded of some of the most desolate yet beautiful landscape I have ever viewed. 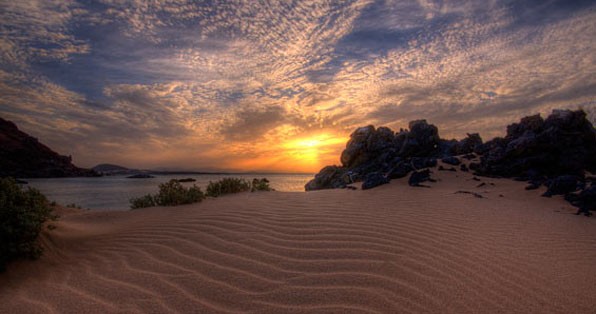 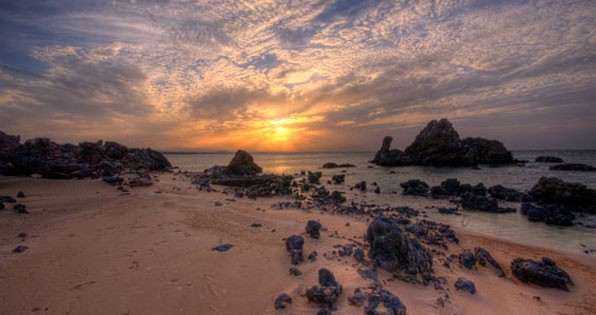 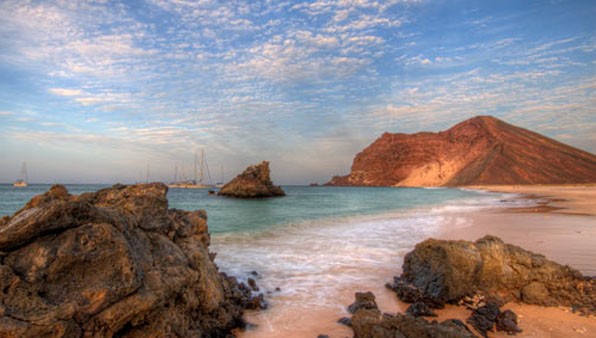